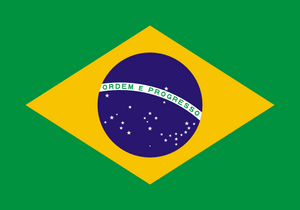 Please enter your desired domain name:
Managed by Registro.br, .BR domains belong to Brazil and were launched in 1996. Although there are several types of third level domains, .com.br has more than 92% of the registrations, followed by .net.br with a small 1.85% in percentage of total use.

It is the most successful domain extension in Latin America, with more than 4,200,000 registered domains. Brazil is one of the countries with the highest growth in Internet users in the region, which has led to an above-average growth in recent years.
Domain characteristics
API Details